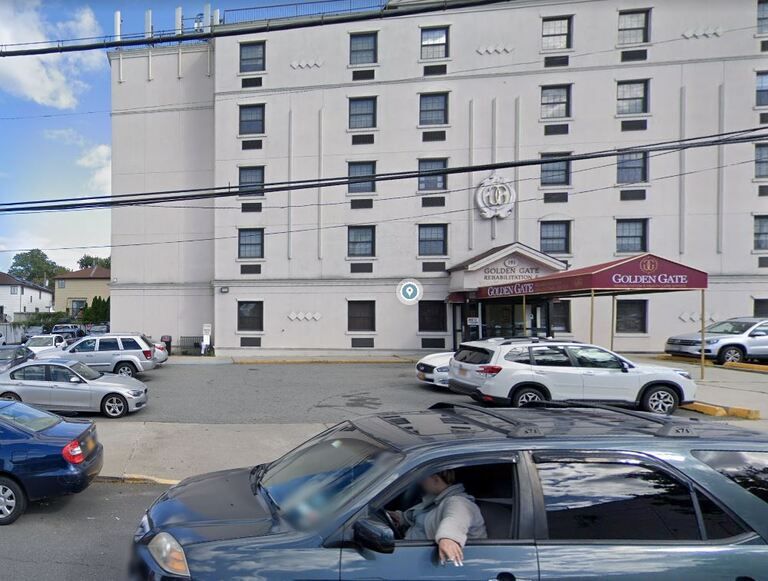 Golden Gate Rehabilitation & Health Care Center, located at 191 Bradley Ave., Staten Island, NY 10314, is a 238-bed nursing home with a 92% occupancy rate. The New York State Department of Health has given the facility an overall rating of three out of five stars, which is an above-average rating. However, Golden Gate Rehabilitation Center has unfortunately received a rating of two out of five stars for its Resident Safety measures.

According to the New York State Department of Health, it has received 83 complaints regarding the facility in the past three years. The complaints have led to 17 on-site inspections but no citations have been issued. Golden Gate Rehabilitation & Health Care Center has also received 18 standard health and life safety code citations. A summary of the three most recent surveys is provided below.

The surveyor noted that one resident at the facility was prescribed an antipsychotic medication to treat dementia-related symptoms. Although the resident had yelled and acted agitated, this was behavior related to her dementia and the medication was not appropriate. Nor was a psychiatric consultation ever scheduled for this resident.

In addition, the survey found the facility had poor infection control measures as one resident’s oxygen tube which connected to his nasal cannula, was resting on the floor. Moreover, the surveyor observed that a Certified Nursing Assistant (CNA) was washing residents’ hands prior to lunch, and that she touched the garbage can lid then went back to hand washing residents’ hands without first washing her own hands.

Further, another resident appeared to have very elevated blood sugar levels. However, no treatment for diabetes was provided; the resident’s physician did not provide any reason why she had not ordered HbAlc levels for this particular resident in almost a year. The physician stated that she believed that the resident had seen an endocrinologist at the hospital but had not personally referred him to one. She also stated that she would review and adjust the resident’s medication.

With regard to standard life safety code citations, plastic conduits containing wires were noted to be running along the wall of the stairwell. There were also metal boxes with plastic conduits in the stairwells. Penetrations in stairwells, unless protected as required, would indicate the stairwell is not fire resistant. When questioned, the facility stated that the plastic conduits and boxes are for a phone system installation and that they would work with the phone vendor to correct this deficiency.

Sprinkler coverage was also lacking as all of the resident rooms on the second floor had been fitted with new privacy curtains which prevented penetration by the sprinklers. In addition, two sprinkler heads were of a different style than the others; according to regulations, “sprinkler heads must be the same response style within the same area.” Finally, it was noted that the facility did not test its sprinkler system as required.

Infection control was found to be lacking during this survey when the surveyor observed two Registered Nurses applying soap to their hands and immediately rinsing it off, and a Registered Nurse stepped out of a resident’s room without removing her yellow isolation gown and gloves, and reached over the medication cart. The nurse should have removed the isolation gown and gloves while in the resident’s room, washed her hands thoroughly prior to rinsing, then exited the room to retrieve antiseptic wipes from the medication cart.

The facility was also cited for life safety code violations, namely electrical panels were observed in resident use areas, unlocked and not protected. Oxygen tanks were stored directly on the ground, not on a cart or restrained appropriately. In addition, several items were found to be stored in the emergency stairwell, such as a mattress, wheelchair, and bed parts. These items were immediately removed upon the surveyor notifying the Director of Maintenance. Fire extinguishers in certain areas were stored with their tops over five feet from the floor, and an exit stairwell contained a cable penetration that was not protected by firestopping material.

Suspect Neglect at a NYC Facility?

From the survey results, it is clear that the overall, above-average rating given to Golden Gate Rehabilitation & Health Care Center shows the facility generally provides good care. However, the Staten Island nursing home has been cited for a number of life safety code violations and, more concerningly, its failure to respect inspection control measures. This could have a very real impact on residents, particularly those with weakened immune systems. It is also important to note that the facility has not been fined for any of the above violations.

If your loved one suffered abuse, neglect or negligence in a facility, contact our New York City nursing home abuse attorneys.